First in the Philippines to offer separate themed community with exclusive amenities right in the heart of the booming Sta Rosa City and just 5 minutes away from various commercial establishments.

The Golf View Terraces are located within the Silang municipality of the province of Cavite in the Philippines. Exact numbers are not available at this time but indications are that population numbers are a lot lower than average Filipino municipalities. Hence the developer’s firm restriction in limiting family accommodation at the Golf View Terraces to anything between two hundred to five hundred families. This can also be seen against the backdrop of retaining the exclusive character of the prestigious golfing residential estate.

The municipality, however, is home to the Philippine National Police Academy and the International Institute of Rural Reconstruction. Officially, the Silang municipality is part of the greater Metro Manila, commercial and legislative capital of the Philippines.

As is the case for a majority of Filipinos across the archipelago, a majority of citizens in this landlocked municipality are practicing Roman Catholics. However, like the rest of the country, Silang is very much a multi-cultural and multi-religious affair. Christian leaning denominations comprise the Adventists, the Baptists, the Jehovah’s witnesses, as well as those of the Protestant persuasion.

There does, however, seem to be something of an explosion where born again or charismatic renewal/revival church movements are concerned. The Community of Praise and the Community Harvest, among others, is spreading the good news that ‘Jesus is Lord’. And then there is Islam. A noteworthy religious anecdote is worth recalling. Jesus Christ is mentioned far more times in the holy Quran than the Christian Bible.

Of course, all good and religious folks need their centers of worship. Fortunately for the religious majority, there are plenty of those which also bear the hallmarks of the region’s history. One such legacy is that of Our Lady of Candelaria Parish. It was established more than four centuries ago by men of the Franciscan order. A few years after this church’s foundations, Jesuit priests took it over. More than a century before the Jesuits were banished from the parish, it was dedicated to Our Lady of Candelaria.

She appears to remain in good company as the National Shrine of Our Lady of La Salette continues to draw devotees.  Those who do not wish to pursue a career in golf or business can always devote their attentions to study at the Catholic University. Otherwise, those with career aspirations will be going to the Cavite State University.

And what about the natural heritage?

History is preserved through the General Vito L Belarmino Monument. But affluent and family centered residents of the Golf View Terraces will also want to get away from it all, out in the country. Fortunately, they can, and there is much to look forward to. A visit to the Cabag Caves could be awe-inspiring for nature lovers. Those wishing to stay closer to home indulging in more placid affairs can make their way to the Gourmet Farms along the Aguinaldo Highway and the Teofely Gardens for eventful occasions.

Hungry lions can make their way to the Teofely Café to feast on organic and free range farm produce as well as their favorite authentic national dishes, including the crowd favorite pork dishes. In close proximity to the Golf View Terraces are the Premier Plaza Mall and the Estrella Hospital.

Competition for the Golf View Terraces

Those looking in should know that golf, whether played recreationally or professionally, remains a highly competitive sport. But the Golf View Terraces also has its own fair share of competition. The Riviera Golf and Country Club’s eighteen hole course was designed by American legend Fred Couples with German Bernhard Langer.

How to get there

One popular mode of transport in Silang, as is the case for the rest of the country, is that of the famous jeepney. Not wishing to travel from Metro Manila by this contraption, commuters can get to Silang by bus or car but expect the journey to take around two hours. It could have been a lot worse. At the time of writing about the Golf View Terraces, it has been twenty years since all road networks were finally developed to alleviate the many problems associated with congestion and pollution.

A secure road infrastructure remains necessary to take care of the region’s ability to live up to its agricultural legacy. But first this. Golf View Terraces visitors can introduce themselves to this industry by visiting the Teofely Nature Farms. The Farms has received the stamp of approval of the Agricultural Training Institute.  Agricultural production here is export-oriented owing to the fact that local farmers tend to produce more than required by the local communities.

Today’s farmers are taking part in intercropping to alleviate soil erosion while maintaining high levels of agricultural activities. The main crops of Silang are bananas, coconuts, coffee beans, corn and the rich avocado. Meat lovers will be happy to know that poultry and swine farms are also a prominent feature of the agricultural landscape of the Silang municipality. 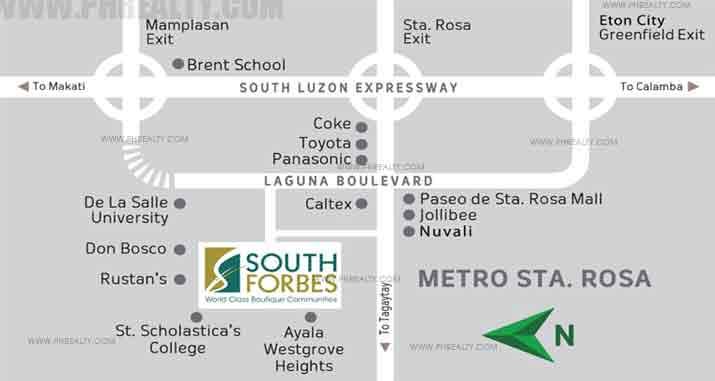 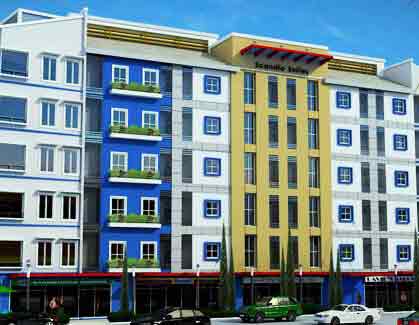